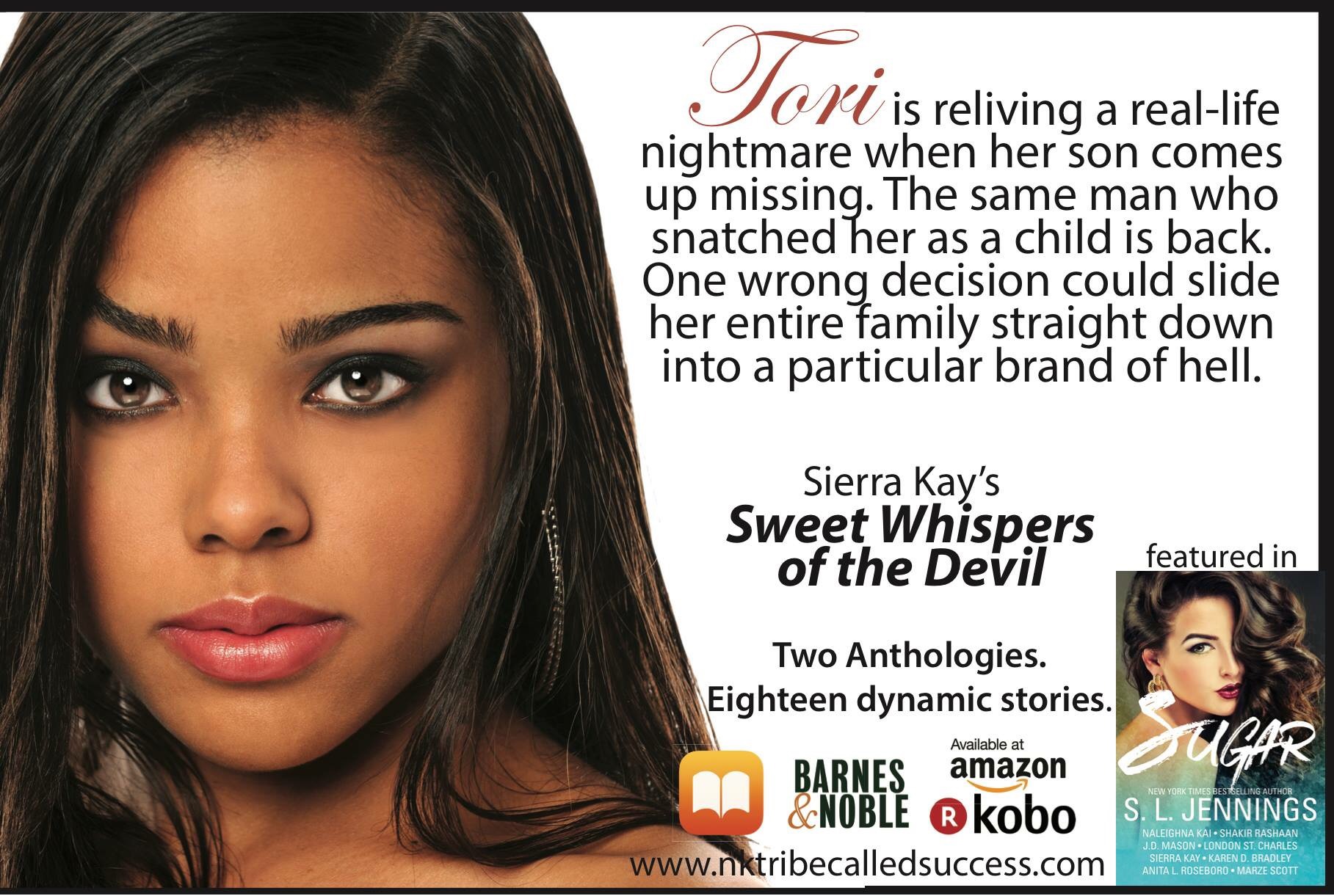 Sweet Whispers of the Devil by Sierra Kay – Sugar Anthology

Victoria Hall’s son is missing—her worst nightmare realized. A nightmare made even more terrifying because, he’s in the hands of her father, a bounty hunter with an axe to grind. While Victoria’s mother, Honey, had changed their identities and moved from place to place to stay safe, she couldn’t prevent Victoria’s own kidnapping. Instead, she was forced to sacrifice everything she had to keep Richard at bay.
Now Honey’s dead. And daddy’s come calling. Again. With the help of an ex-lover and his mother, it’s Victoria’s turn to make the decisions that could mend her family, save her son, or send Richard over the edge. One problem. The decisions could also force Victoria to change the game in a way that sends them all on a slide straight down into her father’s particular brand of hell.
Story notes:

Sweet Whispers of the Devil is a modern and suspenseful retelling of The Old Woman Who Lived in a Shoe. This novel explores the absentee father addressed from the perspective of sperm donors who probably shouldn’t have been compared to men who actually fill the father role. Half the time as I’m writing I don’t see “it” coming until halfway through. I know that if the ending is a surprise to me, then it will also be a surprise to the reader. When I’m telling my own characters, “You’re wrong for that,” then I know I’m creating something enticing.

Sierra Kay is a master storyteller with an M.A. in Writing from DePaul University. Her accomplishments include a Nuyorican Poets Cafe Short Story Slam win and featured comedy sketches on stages in theaters around Chicago including at Second City. She is an award-winning suspense novelist. Her novels From Behind the Curtain, In the Midst of Fire, and At the Touch of Love are available online. Her upcoming works include a short story in the anthology, Sugar, available October 2018.

Website: sierrakay.com�Facebook: authorsierrakay�Twitter: @sierrakay1�Instagram: Sierra Kay
SUGAR is an anthology with the perfect blend of authors at the top of their game who have crafted stories that will leave you wanting more.#PreOrder SUGAR http://ow.ly/7ABT30l7J4h #Goodreads #Drama#Bookworm #GreatReads #Books #BookAddict #BookGeek