He’s a brilliant inventor, but he’ll decimate anyone who threatens his woman.

When the Kings of the Castle recommend Calvin Atwood, strategic defense inventor, to create a security shield for the kingdom of Durabia, it’s the opportunity of a lifetime. The only problem—it’s a two-year assignment and he promised his fiancée they would step away from their dangerous lifestyle and start a family.

Security specialist, Mia Jakob, adores Calvin with all her heart, but his last assignment put both of their lives at risk. She understands how important this new role is to the man she loves, but the thought that he may be avoiding commitment does cross her mind.

Calvin was sure he’d made the best decision for his and Mia’s future, until enemies of the state target his invention and his woman. Set on a collision course with hidden foes, this Knight will need the help of the Kings to save both his Queen and the Kingdom of Durabia.

Two things threaten to destroy several areas of Daron Kincaid’s life—the tracking device he developed to locate victims of sex trafficking and an inherited membership in a mysterious outfit called The Castle. The new developments set the stage to dismantle the relationship with Cameron, the woman he loves, as well as the new life he’s building outside of an FBI sting that brought down his former enemies. Coming out of the shadows could have dangerous consequences that affect everyone around him.

Marquise Sinclair, a crime boss over an international theft ring, is determined to take Daron’s position in the Castle by leveraging Cameron’s life against a project worth billions. Unfortunately, he is unaware that his lovely target was fiercely trained to make men weak or put them on the wrong side of the grave. The secrets Daron keeps from Cameron and his inner circle only complicates an already tumultuous situation that isn’t of his own making.

Can Daron take on Marquise, manage his secrets and loyalty to the Castle without permanently losing the woman he loves?

Cameron Stone is an expert in breaking the same laws the men in her family are sworn to uphold and protect. Her plan to retire from her not-quite-legal activities is derailed when her cousin becomes entangled with The Warden, a crime lord who is known for an array of illegal enterprises. She creates an alias then maneuvers into a position to extract him from The Warden’s clutches before he, like so many others who’ve betrayed him, winds up dead.

While in the process of infiltrating the organization, a threat rises from a rival aiming to take down The Warden’s camp. Unfortunately, Cameron, who is falling for the one man who is certainly off limits, has a few challenges of her own. People are scouring through back channels searching for the “mysterious woman” associated with her former criminal mastermind boss. Normally, with the crew she has watching her back, she wouldn’t be worried. But the stakes are high, a missing file could expose her double-life and could devastate her team and endanger her family.

She has two choices … both of them have deadly consequences.

(A short Story from the Sugar Anthology)

Mia Jakob takes on a security detail that some of her superiors felt was out of her league. They might’ve been right, but not for the reason they think. The chemistry between her and the handsome client, Calvin, has Mia struggling to resist sweet temptation as she protects him and the invention wanted by several government agencies.

The last forty-eight hours of her detail will be the most intense as highly trained teams make several attempts to steal the invention and the mastermind behind its creation. Mia’s skills are put to the test as she fights to keep them safe and the invention from falling into the wrong hands. But, will her attraction to Calvin be the very thing that gets them killed? 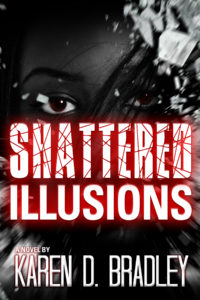 At a moment’s notice, everything changes. By nightfall, terror will shake two women to the very core. No one can hear their screams over the storm that rages outside as they fight for their lives. Before the clock strikes midnight, they will lose everything they cherish most and only one will survive to tell the story.

Years later, the memory of that night haunts the survivor who now goes by the name Danya Holmes. When she finds out the man who destroyed her life was released from prison, she starts to relive her worse nightmare. The truth as she knows it begins to unravel before her eyes. Every illusion she had about her past and her life will be shattered. Danya once again finds herself fighting to save her life. But will she be the one that lives to tell the story? 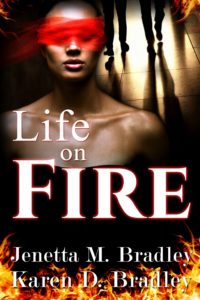 Brooklyn Saunders’ life is set ablaze when her ex, Dante Nines, and a newly single friend, Hunter Torres, vie for the number one spot in her heart. Unknowingly, Dante brings trouble to her door causing their personal and professional lives to collide in the worst way. The entanglement unleashes a danger that will have both of the men she loves fighting to keep her safe. Will Brooklyn survive the chaos threatening to destroy her very existence? And if she does, who will she choose?