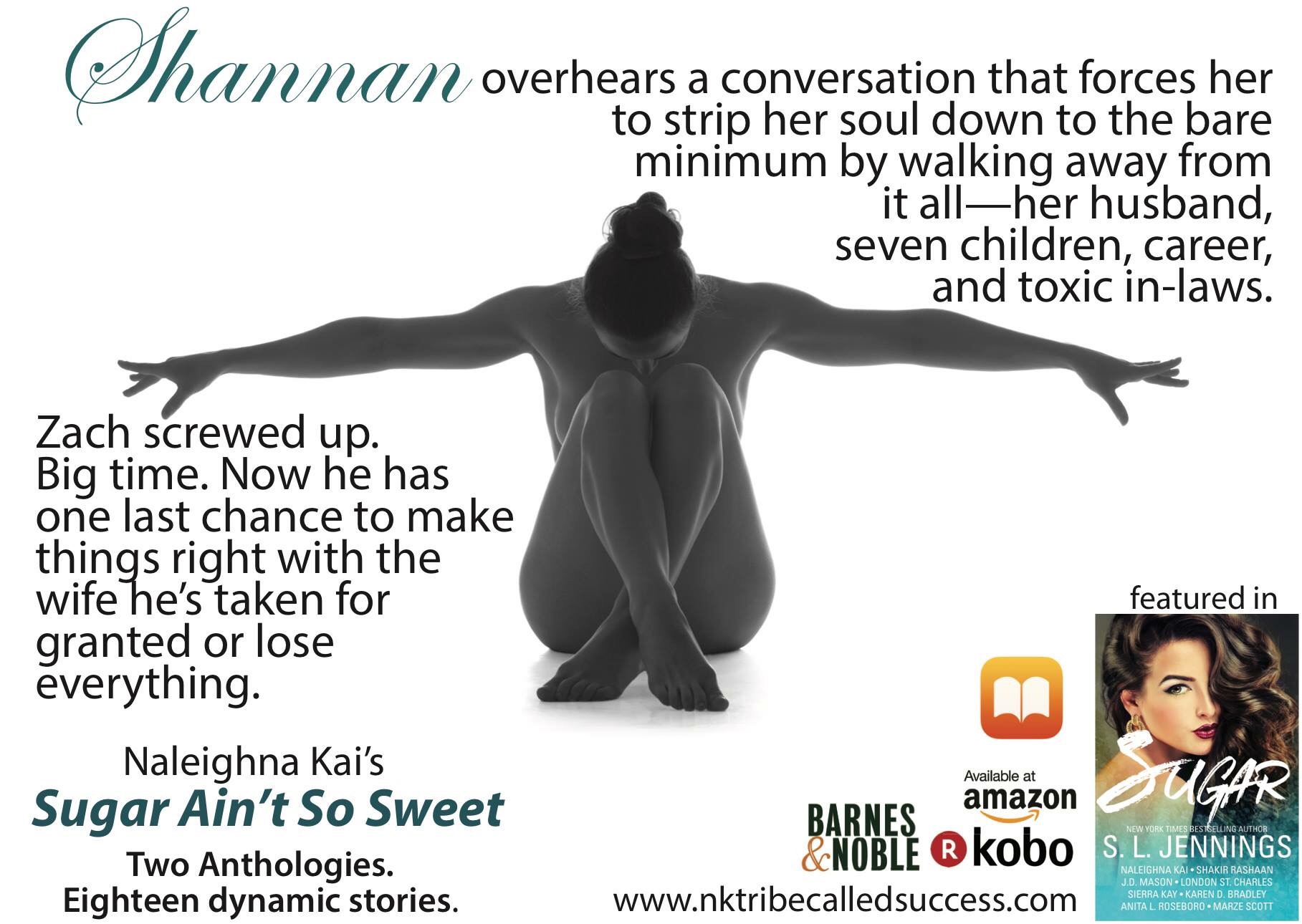 About Sugar Ain’t So Sweet by Naleighna Kai – Sugar Anthology

Shannan overhears a conversation that forces her to walk out on her husband, seven children, and a successful career to find a sense of peace that has eluded her for years. She thought fate had been kind in giving her a husband who adored her. But she soon discovered fate had pulled a fast one, as her husband’s nearly impossible demands and those from his unrelenting family has pushed her to an edge where there might be no return.  Zach has screwed up—royally. With his family following his lead in not appreciating Shannan, his wife shows him that since he can’t respect her presence, she’ll introduce him to her absence. Determined to win back the woman who is his anchor, first, he must find a way to deal with his overbearing family and disrespectful children that doesn’t cause him to lose more than he gains. While fighting to win back his wife, he’s forced to face some hard truths and family secrets that might mean he’ll lose Shannan forever.

What ifs. That’s what drove this story. What if I was a wife who’d been surrounded by people who were taking, taking, and taking and not realizing that I’d been giving. What happens when that wife strikes out to find herself and figure out what she’s willing to lose in order to find that sense of peace.
Naleighna Kai is the national bestselling author of several controversial novels. She’s the founder of the NK Tribe Called Success, NK Literary Cafe Magazine, and the Cavalcade of Authors Literary Tour. She is an agent, developmental editor, literary consultant and marketing and promotion specialist.
SUGAR is an anthology with the perfect blend of authors at the top of their game who have crafted stories that will leave you wanting more.#Order SUGAR http://ow.ly/7ABT30l7J4h #Goodreads #Drama#Bookworm #GreatReads #Books #BookAddict #BookGeek