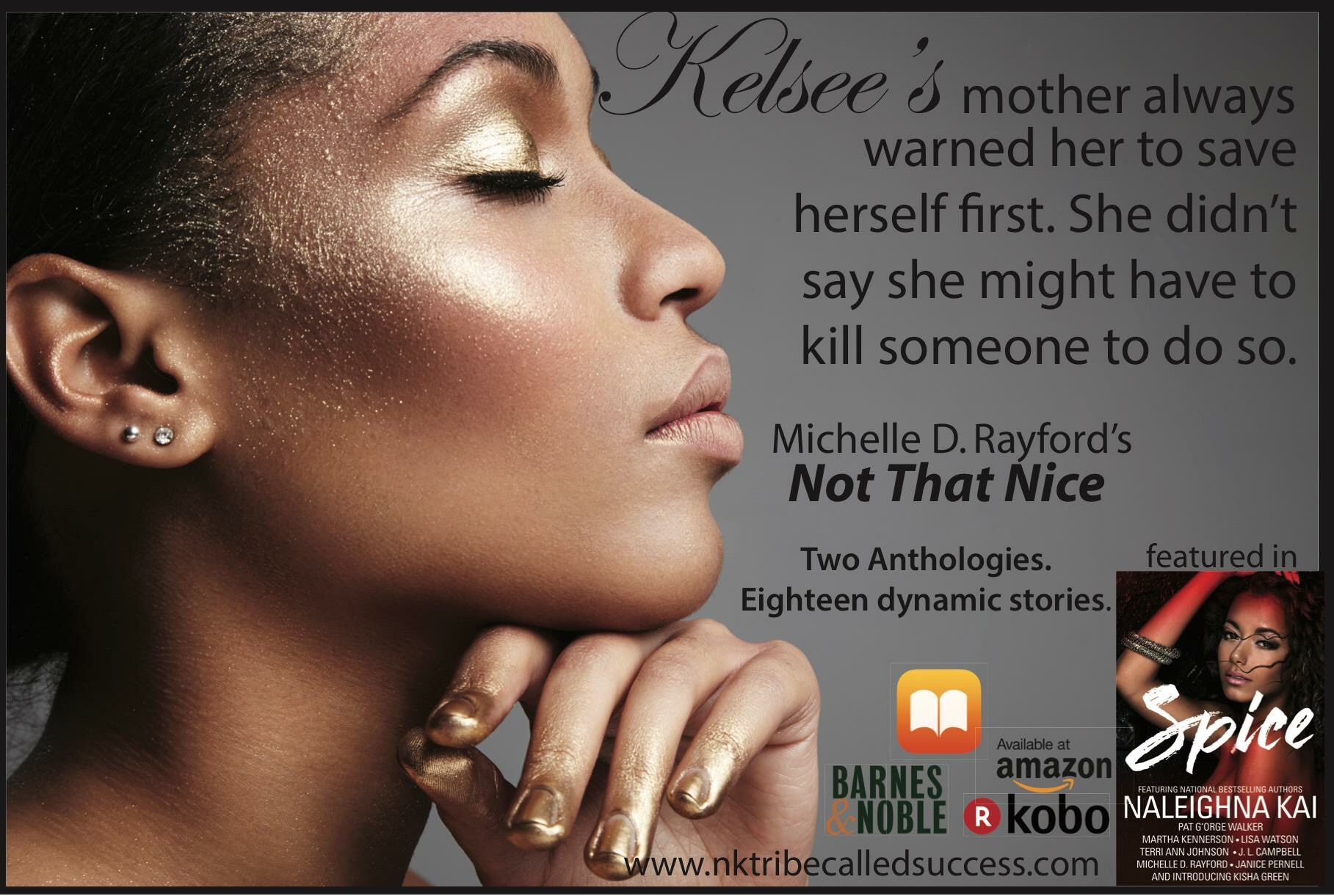 Not That Nice by Michelle D.  Rayford -Spice Anthology
A tragic accident took the life of Kelsee’s mother whose dying words were, “Always save yourself first”. She kept that in mind until she met a real-life hero, Officer Alex Williams. Their marriage wasn’t a fairytale but Kelsee holds out hope that a child can save their union. But can the ultimate betrayal cause her to lose everything?
Alex regrets being unable to save his mother from an abusive relationship. He dives into a career that puts him in harm’s way on a daily basis. Then he lays eyes on Kelsee and falls hard. Despite his family’s disapproval, he sets out to make her his own. Can he live up to his “nice guy” persona or give in to the demons in his DNA?
The couple struggles to conceive, and when Kelsee really needs Alex, will he rescue her again or will she learn that he is not that nice?

Story Note: Not That Nice
My writing process starts with a “What if?” question. What if a woman realizes she married the wrong man? The character or idea plays in my head like a movie and I try to capture their actions and emotions on the page. In a way, I reenact the story for that character. Writing this anthology presented a unique challenge for me as this is the first time I wrote a story in third person. It required me to view the story through a different lens. I hope readers enjoy the journey.
Michelle D. Rayford won a literacy contest in the fifth grade and the writing seed was planted. It only took a couple of decades for that seed to bear fruit. Even pursuing a degree in Business Administration, working a government job, getting married and having two daughters, didn’t stop the stories from churning in her head and finally making it into print. She recently released her first novel, Moment of Truth.

www.michelledrayford.com, Facebook: @MichelleDRayford, Twitter: @M_Rayford, Instagram: mdrayfordwrites, Pinterest: micheller231
In the anthology, SPICE readers get a taste of the most anticipated fiction offerings of the year. Readers will enjoy this eclectic blend that will stay with you long after the pages have been turned.