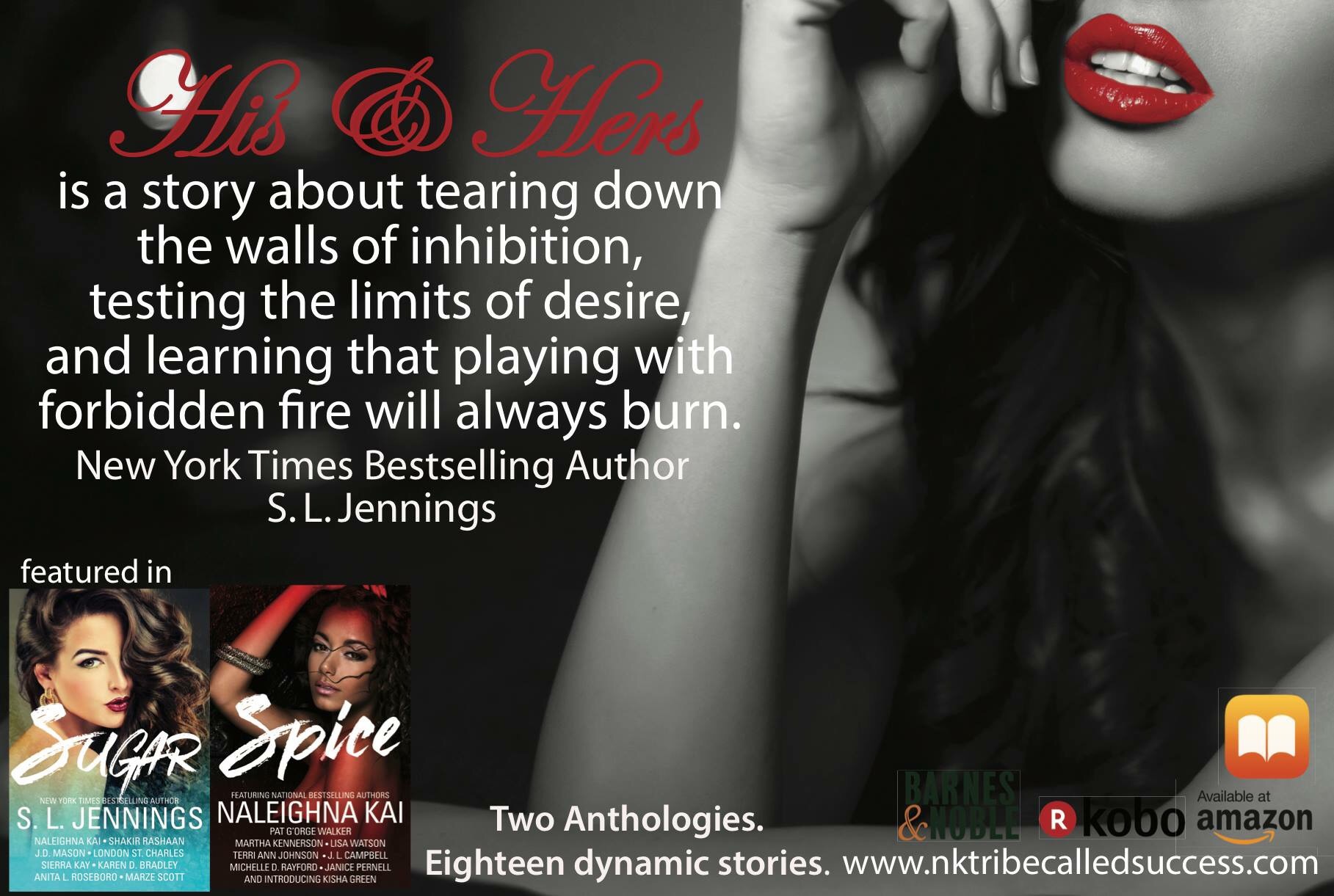 His & Hers by S.L. Jennings – Sugar Anthology

Two is a flame. Three is a wildfire that’s sure to burn.

In an attempt to rekindle the spark between them, Lauren and Marcus step out of the comfort and routine of their marriage and do the unthinkable: invite another party into their bedroom. As things quickly heat up, what they had hoped would ignite the flame that had been extinguished in their relationship, erupts into a scorching inferno of desire…and betrayal.

Lauren had always strived to be the ideal wife. Prim, proper, and undoubtedly loyal to her husband, she would never dream of fantasizing about another man. But what happens when another man isn’t the object of her longing? How does she compromise her heart for what her body craves?
Marcus had become a creature of habit, and it was killing his spirit. Between work and scheduled sex with his wife of ten years, he was bored with the life he had built with Lauren. Until an ordinary date night turned into something neither one of them would ever forget. And after the deed was done, he knew that his marriage would never be the same.
His and Hers is a story about tearing down the walls of inhibition, testing the limits of desire, and learning that playing with forbidden fire will always burn.

Story Notes
On a late night call with Naleighna Kai, she told me of all the exciting stories that were being written for two upcoming anthologies. “Oh, you all are writing “story stories” (deep stuff). I let her know that I had something to offer, but it would be H-O-T. This story was written in between penning two novels and preparing for a trip to the Cavalcade of authors at the Atlantis Resorts in the Bahamas.
S.L. Jennings is a military wife to her high school sweetheart, a mom of 3 rowdy boys, and a New York Times and USA Today Bestselling author of contemporary and paranormal romance novels such as Taint and Born Sinner. When she’s not obsessing over book boyfriends, you can find her hanging out with a few epic fictional loves at independent bookstores, or sipping a Bloody Mary at her favorite brunch haunt in Spokane, Washington.

SUGAR is an anthology with the perfect blend of authors at the top of their game who have crafted stories that will leave you wanting more.#Order SUGAR http://ow.ly/7ABT30l7J4h #Goodreads #Drama#Bookworm #GreatReads #Books #BookAddict #BookGeek