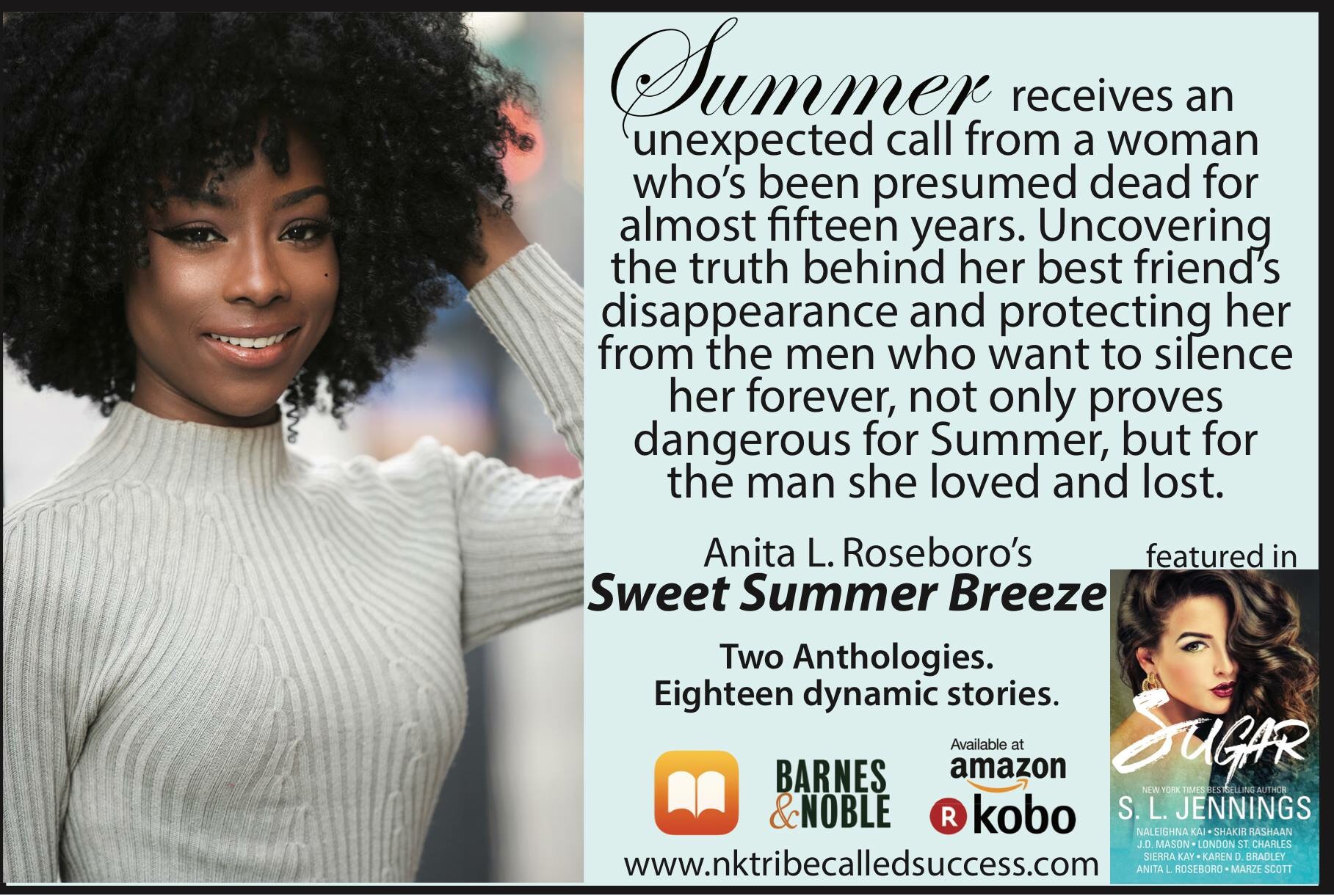 About Sweet Summer Breeze by Anita L. Roseboro – Sugar Anthology
Summer is still mending a broken heart from a relationship that ended long before its expiration date. When she runs into her ex, Devon, he tells her the most devastating news she’s heard since her mother was murdered. Then she learns that a mysterious woman, with ties to Devon, is stalking her under the guise of becoming a client. Summer now has to figure out if she’s been targeted as her mother had been.
Devon, promised to love Summer forever. Unfortunately, forever came much too soon when she made it clear that they had different goals in life and love. After their breakup and a few drinks, he finds himself engaged and soon to be a father with a woman he barely knows. The more Summer and Devon fight their feelings for each while they uncover the truth behind the mysterious situations that occurs, the more they are drawn together. Now with new developments that are not in his control, he must face Summer and risk breaking her heart again, while figuring out the secrets that his new wife is keeping.

Karen has infiltrated Summer’s life, trying to right old wrongs. She will do anything to save the child she carries, even sacrifice herself to put it in the hands of a woman who will protect it from a man who wants the child—and her—for his own lurid purposes. How long can she hide in plain sight, redeem herself in Summer’s eyes, before all that is hidden comes to the light?

Devon and Summer are soon confronted with the fact that one woman holds the keys from a dangerous past and an even more devastating future.
Visit Anita at www.anitalroseboro.com
www.facebook.com/authoranitalroseboro;
instagram-anitalroseboro;
Pinterest-Anita Roseboro-Wade
SUGAR is an anthology with the perfect blend of authors at the top of their game who have crafted stories that will leave you wanting more.#PreOrder SUGAR http://ow.ly/7ABT30l7J4h #Goodreads #Drama#Bookworm #GreatReads #Books #BookAddict #BookGeek