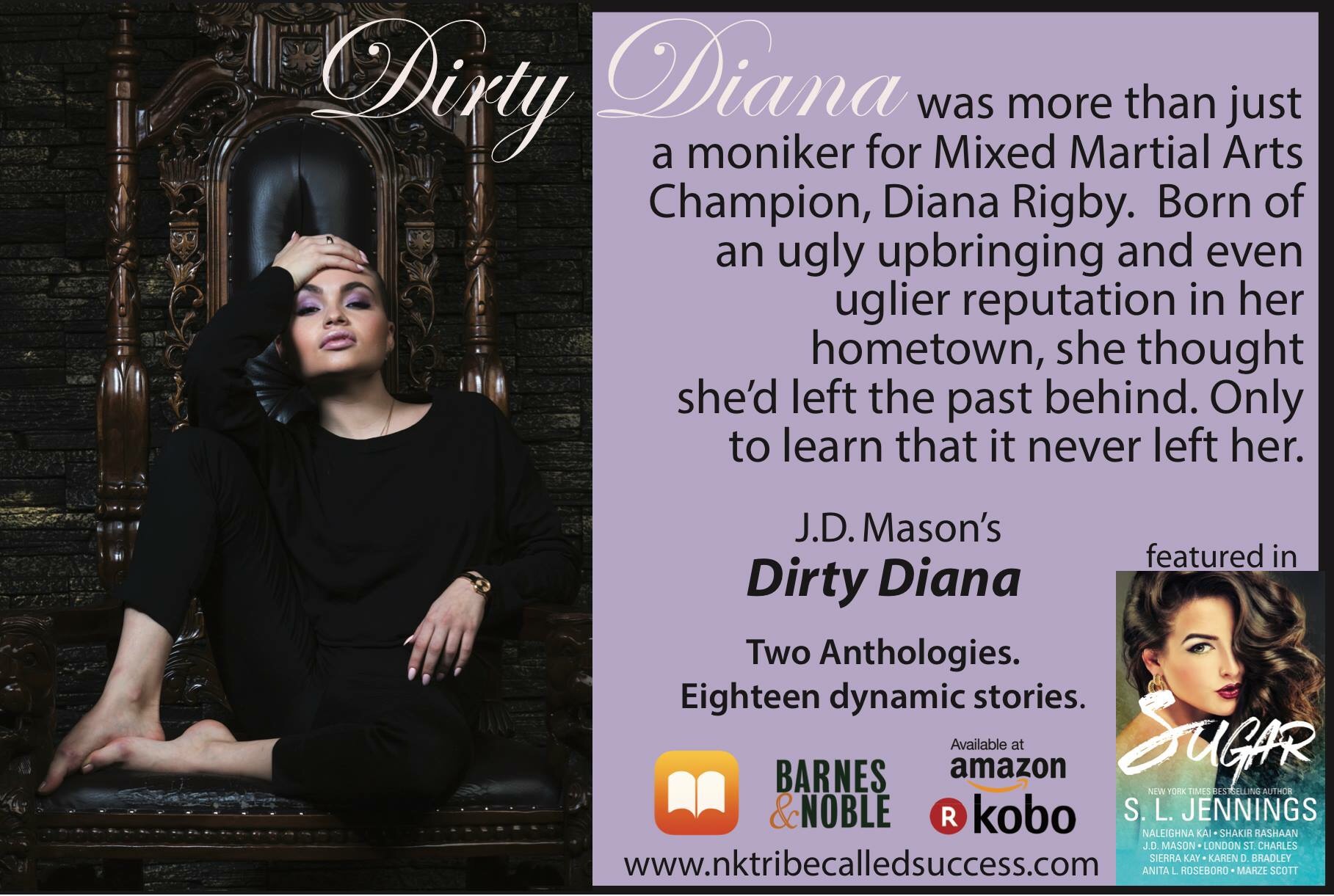 Dirty Diana by J.D. Mason – Sugar Anthology
MMA fighter, “Dirty” Diana Rigby has just lost her title in a championship match. Soon after the fight, a relative calls Diana delivering the devastating news that Diana’s abusive and estranged mother, Louise Rigby is dying. Overwhelmed in disappointment and grief, Diana breaks the promise she made to herself years ago, and returns to her hometown of Rhino, TX to find closure with the woman who raised her, the woman she swore she’d never see again. When Sheriff Jake Randolph stops the beautiful stranger for speeding, he has no idea that it’s the young girl he first laid eyes on over twenty years ago when he and his superior, the former sheriff were called to the Rigby house in response to a disturbance call. Back then, the rookie cop believed that the child should’ve been removed from the home for her own safety, but his decision was over ruled, and he’s never forgiven himself for his lack of conviction. An emotional confrontation with her mother leaves Diana reeling into old habits of looking for love for all the wrong reasons, and Jake finds himself on the receiving end of Diana’s bad habits.

Story Notes: Dirty Diana
This story came on the heels of some major life changes and on the eve (give or take a week or two) of a dream trip to Europe. It was important for me to reel in the chaos and focus, so I made it a point to progress through this story like an MMA fighter in training.
J.D. Mason is the author of more than twenty novels including The Woman Trapped in the Dark, Seducing Abby Rhodes, The Real Mrs. Price. A national bestselling and award-winning author, her work has been featured in USA Today, Essence, Pride Magazine in the U.K., and Today’s Black Woman.

SUGAR is an anthology with the perfect blend of authors at the top of their game who have crafted stories that will leave you wanting more.#Order SUGAR http://ow.ly/7ABT30l7J4h #Goodreads #Drama#Bookworm #GreatReads #Books #BookAddict #BookGeek